DeArmanville Elementary School now one of the safest in the nation! 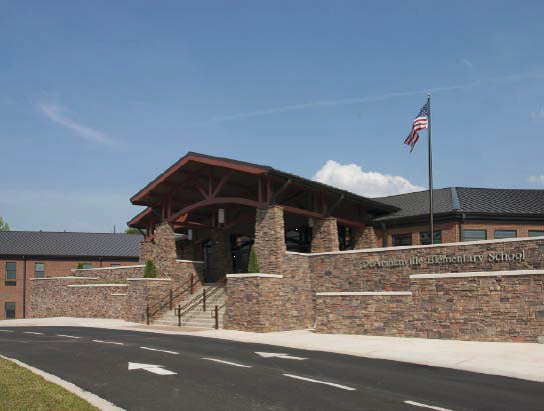 The DeArmanville Elementary School is a part of the Oxford, Alabama school system. It is remote, isolated, and covers a multi-building sprawling campus. Police Chief Bill Partridge and Roy Bennett of the Oxford City School System recognized the need for improved school security.

Falcon Community Services was called in to review the situation and propose a simple, effective and affordable means of enhancing safety for staff and students anywhere on the school premises.  Phil Rich, Chief Technical Officer at Falcon Wireless had been working on a new system, not yet named, which has now become known as AlarmAlert.  The purpose of AlarmAlert was, and is, to offer personal wireless calling devices in all activity areas (gym, labs, lunchroom, etc), administrative offices, and classrooms.

The target pricing for AlarmAlert was $3,000 to $4,000 for infrastructure and no more than $100 per classroom for personal emergency call buttons.  Technically, the system had to be capable of directly notifying key personnel on the school campus by 2-way radio as well as outside administrative and law enforcement personnel by sending a text message or email to cell phones and/or PC's. The system goal was to detect an alarm message, identify the user location, and send the message, both by radio and to cell phones and PC's in 10 seconds or less from any one of up to 50 locations.

The final design was completed and staged in Birmingham before delivery to the user. This was done in less than 30 days. Delivery was made on September 15th, with the equipment installed, and user training conducted within a single day. A test button was provided to allow monthly system testing and thirty (30) existing UHF 2-way radios were programmed for compatibility with the system.  Phil was back in the office and ready for his next impossible assignment by mid afternoon.

Click here for what the local news reports on this new system. If you would like to know more about AlarmAlert, just give us a call at 205.854.2611 or drop us an email to ServingU@TheSafetyPlace.us. If you prefer, you can visit our web site at http://falconcommunityservices.com/.