The race is on! The FEMA Fire Protection and Safety Grant application period begins today, December 17, 2012 and closes at 5:00 pm Eastern time on January 18th.  With the holiday season taking a large part of time from our work activities, this puts you on a fast track to get a winning application prepared and submitted. But, there is time to get it done if you have a plan and a technology partner to assist you with budgetary planning.  That's where we come in.

We HAVE a plan that can save lives and help our firefighter friends to provide enhanced community safety especially for the young, the elderly & disabled as well as high risk locations where large numbers of people congregate.  Not only do we have a plan, but we have the technology and procedures to make it work with community partnerships that work for everyone.

For more information, just give us a call at 205.854.2611 or email ServingU@falcondirect.com.  Let us help you by helping you to make your community a safer place for all those you serve, and those who provide that service!
Posted by at 3:09 PM

The FilterBulb Guys, Ralph and his associates, are headquartered with us in Center Point, AL operating as a separate division known as Falcon Services.  Ralph's job is to do the things nobody else wants to do - like maintaining air conditioning filters and fluorescent lighting systems.  With a focus primarily on small business, municipal, and professional clients, Falcon Services will provide professional maintenance and energy management services that pay for themselves.

We have had much to say on the subject of communications interoperability over the past year.  Mostly, our comments have not been favorable since we had better interoperability in 1960 than we do today.

As a case in point, the State of Mississippi has spent millions of dollars on a statewide 700 MHz P25 trunking system.  Until recently, only a single vendor was acceptable.  However, over time, other vendors were finally able to gain approval.  So what happened?  One of the largest cities in the state moved to an alternate closed standard technology.

The premise being that they could not afford the higher priced P25 equipment selected by the State.  But they COULD afford a closed standard alternative with no competitive offerings.  This appeared to be acceptable to all concerned since they could use a "bridge" to connect between the state system and the county/city systems.  Did I happen to mention that the approved "bridge" equipment is also limited to a single vendor?

On the bright side, there are some nations that are developing open equipment standards, one of which is China, which by the way, is the home of the second largest communications manufacturer in the world - a relatively new company called Hytera, which is producing over 60,000 radios per month!  They are now the second largest communications manufacturer in the world, and they did it, and are doing it, by doing business in the old fashioned way - good products, at fair prices, based on open standards, and free market competition.

For an example of why China is leading the way, click here. For what it's worth, there is an American company that plays by the rules and we are proud to be associated with them.  Additional information is available by clicking here. For those of you who are entrusted with spending taxpayer dollars and buying sole source based on closed standards, SHAME ON YOU!
Posted by at 8:23 AM

Have you heard about all the new happenings at Falcon Direct?  Our boss isn't satisfied with just competing with other companies.  Now he wants us to compete with each other!  Andy Rich is doing his thing with eBay, Candice Staggs is making crazy offers on Facebook, and I am at the helm in managing our offerings at Amazon!


My name is Joy King Jones, a name to remember if you have any interest in license free MURS radios.  Lot's of people are interested in license free communications.  An FCC license can be expensive and require long waiting periods for approval.  This can be a real problem, in particular for retail merchants during the Christmas selling season.

MURS radios don't require an FCC license, and we have a full line of commercial grade MURS radios including portables, fixed stations, customer assist wireless calling units, and 2-way call boxes for use at doors and gates.  You can learn more about MURS by clicking here.  MURS by Ritron, Inc. is perfect for churches, construction, retail stores, schools, and many other uses.  We are proud to offer Ritron MURS radios, most of which are made in the USA, and available on Amazon.com from Falcon Wireless Direct and yours truly!

Licensees operating in wideband mode after January 1, 2013 that have not received a waiver from the Commission extending the deadline will be in violation of these rules. Operation in violation of the Commission's rules may subject licensees to appropriate enforcement action, including admonishments, license revocation, and/or monetary forfeitures of up to $16,000 for each such violation or each day of a continuing violation and up to $112,500 for any single act or failure to act.

Have you thought about LICENSE FREE communications?  Details available  from your friends at Falcon by going to www.mursradios.com.
Posted by at 8:11 AM

A special message to our hospital readers! 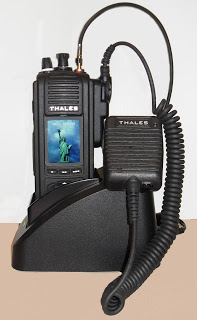 Over the years, the aforementioned VHF systems, most commonly known as the  HEAR system, or the UHF systems, known as MEDNET, were mostly replaced by cellular networks or regional or statewide 700/800 MHz radio systems. Then along came Katrina!

Katrina proved that cellular systems, wide area radio networks, and even AC power could not be relied upon in an emergency.  The older 2-way radio systems of the 70's proved to offer reliable communications when all the others failed.  As a result the old analog radio systems, including HF long range systems gained favor with government planners and agencies.

The problem is that older HEAR radio systems cannot be narrow banded and even if the Emergency Room (ER) radios are upgraded, the new equipment addresses only part of the real need.  Ideally, there should be a radio capable of communicating in both analog and P25 digital operating modes, in either conventional or trunking operation, on the VHF HEAR system, the UHF MEDNET channels, 700/800 MHz regional or statewide systems, all interoperable VTAC, UTAC, and ITAC frequencies, the 2 meter and 70 centimeter amateur bands, and maybe even the VHF marine emergency frequencies.

Would you believe that a single radio can cover ALL these frequencies and operational modes?  You are looking at it.  It's called the Thales Liberty, an American made product that can cost LESS than just replacing an existing HEAR system radio!  Can it handle rough use in an ER?  Click here for a short video, then decide for yourself!  Want to see one, or try one, or get prices?  Call Burch Falkner at 205.854.2611 in Alabama or Jim Tucker in Mississippi at 662.284.6724.  When you make that call, be sure and request a copy of our Hospital Communications Planner.  If you prefer, you can make your request by email to ServingU@falcondirect.com.
Posted by at 8:02 AM

Digital radio interoperability - Is it possible? 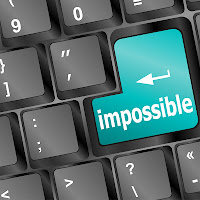 Some of our readers know that we are 100% opposed to any proprietary communications technology, and in particular MotoTRBO Capacity Plus and the enhanced versions of Motorola P25 offerings that lock out competition.  This is a bad choice when public taxpayers funds are paying the bill! Purchasing equipment available from only a single vendor is an impossibly bad choice both for the user and the  taxpayers!

Open standards, free trade, and rigid federal policies on guidelines for funding of communications is absolutely necessary if we are ever going to have true nationwide interoperability.  More often than not, the true cost of going with a closed standard is not revealed until it is too late to turn back.

Several days ago, I received a phone call from a Canadian reader of our Blog asking for some straight answers to simple questions (which he could not get locally).  Over a decade ago, this particular user had bought in to a proposal to install a county wide analog communications system based on LTR Passport with simulcast paging.  The users are now being told that they need to upgrade to digital.  Interestingly,  during that time, the users have been paying $90 per month per radio to use the proprietary system (Click here for more information on what can happen when oversight is not applied to "planning").

They are now being encouraged to move up to a digital proprietary system that will cost EVEN MORE.  Worse yet, the new system requires a five year contract agreement and they can purchase from only one vendor.  These kinds of abuses are a violation of customer trust and a waste of taxpayer dollars.  Enough is enough!

If you, or someone you know, is considering the purchase of a closed standard system, we encourage you to share this information with them!  We also have warned about the problems associated with VHF channel sharing using TDMA (MotoTRBO) technology.  This is not our personal crusade.  The concern has been expressed by no less than the Federal Communications Commission who reached out to the public safety coordinators for proposed solutions.  The standards proposed by the coordinators that are now under consideration by the FCC have been covered up by those who do not want you to know the real facts.  If you would like to know the real facts, click here. When everyone has all the facts, it CAN be possible to achieve interoperability in public safety communications!
Posted by at 6:51 AM 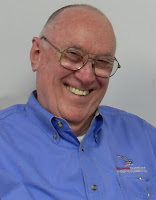 Although I would never criticize senior government officials or the various individuals dedicated to planning for the safety of our citizens and first responders, there are some things that just don’t make a lot of sense to me.


For example, I understand that we have now established the First Responder Network Authority, better known as FirstNet, to oversee the building of a dedicated 4G/LTE standards based network for the exclusive use of public safety users.  I further understand if will operate in the “D” Block or 700 MHz band.  So far, so good, but I do have a question or two.

First, if it does the same thing as 4G (which is what our smart phones use), then the question is why build another network when there are already four in place (AT&T, Sprint, T-Mobile and Verizon)?  Seems to be like this is awfully expensive just for the benefit of having an “exclusive” network….

I understand the “devices” designed for use on this network are in the thousand dollar range, which is certainly less expensive than the seven thousand dollar interoperable radios being promoted by several major 2-way radio manufacturers.  But there is also the question of the infrastructure cost.

Based on a projected individual user cost of $60 monthly per device (a little more than I would expect to pay on an LTE carrier based service), I understand that it would require 75 public safety users PER SQUARE MILE of coverage, and, this does NOT include in-building coverage. Worse yet, this cost would be in addition to what the user may already be paying for smart phone service!

So it appears that population densities of this magnitude would apply in only a handful of major cities where in-building coverage is an absolute necessity.  Have I missed something here, or has SOMEONE ELSE missed something?  I seems to me like a device capable of scanning all carrier based systems would accomplish, or even exceed the goal for reliable public safety communications.  What do you think?  Feel free to send your comments to Burch@falcondirect.com.
Posted by at 10:29 AM