As we look back over the challenges of 2009, we are reminded that you can't have mountains without valleys. Many of the adversities that we endure can have a positive outcome if we simply remember that life is neither all bad or good - it's life and what we do is up to us.
When we recall the Virginia Tech shootings and other similar events, we have the choice of bemoaning the event or planning for catastrophic emergencies. A case in point is Bates College in Lewiston, Maine. These folks recognized that communications was not an option, but a critical part of emergency management. They took a proactive position in developing a simple and affordable plan to provide campus wide alerting in the event of an emergency of any type.
We think our friends in law enforcement, campus and industrial security could benefit in learning more about what Bates College did. YOU can do it too, at suprisingly low cost. Additional information is available at www.info4u.us/BatesStory.pdf.
Thank you Bates College for caring enough to make your campus as safe and secure as humanly possible. To that, we add our personal prayers for the safety of all students, in all schools, all over the world. If we are given the opportunity to assist, we ask that we be empowered to do our job to the best of our ability in accord with the will of our Creator.
As we approach a new year, we count our blessings (and they are many) and prepare for the best that our Creator has planned for us. We wish you the very best for 2010 and look forward to continued service.
HAPPY NEW YEAR!
Posted by at 4:14 AM

The Westin Kierland Resort and Spa in Scottsdale, Arizona was fined by the FCC after a complaint from a General Mobile Radio Service licensee that a business was operating a repeater on 462/467.6125 MHz, a frequency allocated for use within the Family Radio Service.

After a little research by the FCC, the Westin acknowledged that they were operating on unlicensed frequencies. The Commission issued a Notice of Apparent Liability (NAL) for $16,000 for the four repeater pairs that were not licensed and not allocated for commercial use. FCC rules are very clear on the use of GMRS and FRS frequencies.  Additional information is available on the FCC web site at fcc.gov/general/general-mobile-radio-service-gmrs.

If you think you may not be operating your 2-way radio system in compliance with applicable FCC rules, give us a call at 205.854.2611. We'll give you the straight story at no cost or obligation.

If you are a manufacturer, we also have information and products to keep you straight with OSHA and other government regulatory agencies.  A free copy can be downloaded on line at info4u.us/Plant-Safety-Products.pdf.
Posted by at 5:13 AM

We've got some radios that need to be cleared out before the first of the year. So, we are going to make YOU a very special offer. YOU name the price. Make us a fair offer and the radio of your choice is yours with free programming and shipping. All radios offered are either brand new in the box or used for demonstrations only.
Here's what we have available:
From HeadLine
Model HL1510, MURS VHF portable with desk chargers (19 available)
Model HL1511, VHF public safety radio with paging and desk charger (1 available)
From Maxon
Model SM1502, VHF 50 watt mobile, Demo - like new
Model SM1502, VHF 50 watt 255 channel mobile - New
From Motorola
Model EX500, 16 channel 5W, Demo - like new (no charger)
Model CP125V, 4 channel VHF portable - Quantity 1
Model CP125U 4 channel UHF portables - Quantity 2
Model HT1250 UHF portable (Quantity 1)
Model HT1250LS+ UHF trunking portable - Quantity 1
From Relm
Model RPV3000 VHF 16 channel portable
Model RPV3000 Plus VHF 128 channel portable with LCD display
To place your bid, call us at 205.854.2611 or email sales@falcondirect.com
All the best to you for the holiday season!
(Translated, that means.............................)
Merry Christmas!
Posted by at 2:19 PM 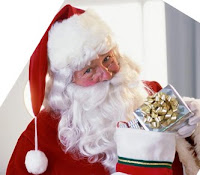 Twas the weekend before Christmas, and all through the town, business was slowly winding down.

It was a Saturday, wet, cold, and dreary,when I received a call from a mom quite cheery.

Her plight as she explained it to me, was a need for a special gift to be under the tree.

The story as she told it to me, was a need for a radio, for her son, a fireman wannabe,

This young man you see, wanted to give his time, so as a volunteer junior firefighter, he would be fine,

Equipped with a radio, so he could hear all the calls, to make things safer for me and y’all.

His mother, with urgency, came to me, to see if his wish for a radio could ever be.

He’ll get his radio on Christmas day, so he can do his job better in every way.

Junior volunteers giving their time, and mothers like his are making things safer for your family and mine.

I’m glad I was able to have a small part, in making this happen with little effort to impart.

And now you have heard my little story that tells the story of people who get no glory, but give us their time, then have to put up with my poems that don’t rhyme.

I’m probably not the greatest poet who ever lived, but this is my way of saying THANK YOU to the thousands of volunteer firefighters, rescue workers and others who tirelessly give of their time and talents without pay or recognition. THESE are the people that make up the fabric of America. THESE are the ones that made, are making, and will continue to make, the United States of America the greatest nation on the face of this Earth.

GPS tracking devices can be used for a variety of applications including surveillance of criminal activities, administrative control, security, and safety. Tracking devices are available in two basic types - real time with monitoring over the Internet, and battery powered travel activity recorders which store data for later playback using a USB file transfer to a PC.
Real time GPS requires a wireless network, generally a cellular data service although satellites and even two-way radio systems can provide a means of transferring recorded data to a monitoring position (generally an Internet connected PC). The problem for many fleet administrators and law enforcement agencies is the need to commit to a purchase or long term lease agreement when the need may be temporary. Falcon Direct, now provides a solution for these needs - it's call SlapNGo Rental. Here's how it works!
You can rent a real time SlapNGo for just $10 per day including PC viewing software, a battery powered GPS receiver with cellular data transmitter, all network charges and maintenance subject to a 15 day minimum rental period. The SlapNGo device is housed in a weatherproof Pelican case with a powerful magnet that allows the unit to be placed in our outside the vehicle to be monitored.
The SlapNGo Jr. is a battery powered GPS receiver with recorder that can be placed anywhere in a vehicle and later retrieved for travel activity files to be viewed on an ordinary PC. Viewing software is supplied. The cost for SlapNGo Jr. is just $5 per day subject to a minimum 15 day rental period. There is nothing to buy, no maintenance charges, and no cellular airtime charges.
If you decide you would like a longer rental term or a purchase option on either unit, your rental will apply. For more information on SlapNG0 , please click here or for a demonstration, just give us a call at 205.854.2611
Posted by at 3:21 PM

Here's the radio you've been waiting for! The new ICOM F4001 is a true professional grade UHF 4 watt micro-sized communicator with built in 2-tone paging, MDC-1200 digital ID, 16 channel priority scan, and it's MIL-SPEC 810 and IP54 rated.
The new F4001 with A FIVE YEAR WARRANTY and free programming is shipping NOW! The F4001 has a high capacity Lithium-Ion memory free battery and desk charger for the incredibly low price of just $238!
Complete details are available at www.info4u.us/F4001.pdf, and speaking of information, check out other popular portable radios at www.info4u.usDisplayHTs.pdf. You'll be glad you did!

The second generation of MotoTRBO repeater stations will begin shipping in January of 2010. Designated at the MTR3000, this advanced version repeater will be able to simultaneously handle both analog and digital calls. UHF models will be available in January. Existing MTR2000 repeaters can be upgraded at minimal cost as well.
If you've been looking for a simple and affordable migration plan for upgrading from 25 to 12.5 kHz, you may want to consider either the Motorola XPR8300 or the new MTR3000. A special report is available at www.info4u.us/D-Base.pdf.
Posted by at 6:07 AM

On December 11, 2009, The FCC released its long-awaited Public Notice on 150-174 and 421-512 MHz narrowbanding migration requirements.
The Notice contained a reminder of the critical narrowbanding deadlines; methods by which licensees may notify the FCC that they are in compliance; and reported what may happen to stations that are not operating at 12.5 kHz or equivalent efficiency after January 1, 2013.
In that event, the FCC stated that operations "in violation of the Commission's rules may subject licensees to enforcement action, including admonishments, monetary forfeitures, and/or license revocation as appropriate." Click here to view the FCC's Public Notice DA 09-2589.
Posted by at 11:08 AM

Personal 2-way radios used to be purchased by the pound and users had to set up a budget for maintenance. Those days are OVER! Our new SmallTalkers talk further, longer, louder, and at less overall cost that those old BIG radios. How much less you ask? How about $149 for your choice of a conventional UHF on-site personal communicator that is compatible with virtually all wide and narrow band radio systems or conversion of your PDA to add 2-way radio functionality.
For the same low price, you can purchase our amazing iWalkie software that adds connectivity with a 2-way radio system from your Blackberry, iPhone or Windows Mobile PDA. You need to check this out! Additional information is available at www.info4u.us/SmallTalkers.pdf.
Posted by at 7:49 AM