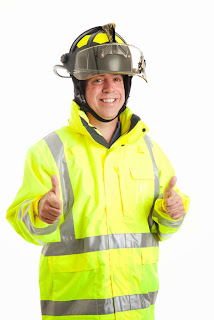 We have a brand new system called SPARKGAP that appears to be eligible for funding under the 2013 FEMA Assistance to Firefighters( AFG) grant. Better yet, this system can be used to serve community needs far beyond those of just fire safety.

This program can provide enhanced safety in churches, schools, government offices, healthcare, law enforcement and the list goes on!  If you are involved in firefighting activities, you need to apply for a grant to bring this incredible system to your community!

The  application period opens on Monday, November 4th and will remain open for submission of applications until 5 PM on December 6th 2013.  The matching share ranges from 5% for smaller communities to a high of 15% for larger cities. Additional information on the AFG program is available by clicking here.

SPARKGAP can shorten response time, simplify dispatch operations, automatically report fires, improve incident command, and provide an improved method of getting people when needed.  Better yet, the system has the capability of being expanded as far as you want to go.  You can start with a single community and expand coverage as far as desired!  Additionally, the system can serve a variety of municipal government requirements.  You can learn more by clicking here.  A free Webinar is being offered by the developers of SPARKGAP at 2 PM EST on November 12th. We invite you to sit in if all possible (it will last approximately one hour). You can register by clicking here. If you can't attend, register anyway and a copy of the Webinar will be sent to you at no charge.

Don't miss out on this rare opportunity to do something really special for your community. We have a list of grant writers and grant consultants available if needed.  Just drop us an email for assistance. We should also note that extended payment terms are available to municipalities at extremely attractive rates.  Call us for a quote after review our FREE planner available by clicking here.  Do it TODAY!  In closing, we should note that if you have a budget surplus than needs to be spent by the end of the year, the SPARKGAP program would be a wonderful opportunity of make your community a safer place to live, work, and play.
Posted by at 8:41 AM

Narrow band problems - Get the cause and cure in our free eBook! 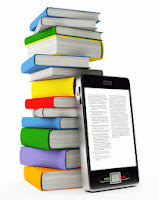 In recent weeks, we have received numerous calls regarding problems associated with narrow banding.  These calls are coming from all kinds of folks involved in unrelated activities.

ALL of these problems were caused by narrow banding. Although the cause of the problem is common, the solutions can be quite different.  Not only can the solutions be very different, the cost for fixing the problem can range from minimal to significant.  That’s the Catch 22.  How do you know that your solution provider knows what they are talking about, or for that matter, is their goal to solve your problem or to make a big sale?

Let’s start with the premise that we KNOW what we are talking about. To prove that point we offer a free eBook that is yours for the asking.  If you would like your free copy of Narrow Banding 101 eBook Planner, click here.  We will explain in clear, easy to read language why the problem exists and how to fix it – not with a single solution, but with a CHOICE of alternatives!

Sometimes, a service call might correct the problem.  Sometimes, a change of frequency and/or location may be the best alternative.  Adding enhancements to an existing system can offer significant enhancements at reasonable cost.  In some cases, the solution may be to switch to digital, but before making that decision, make sure you have all the facts.

As some of our readers know, our primary focus is on safety – in churches, communities, industrial plants, hospitals, merchants, and schools.  We have accepted the responsibility of keeping others safe through the use of efficient, reliable, and affordable wireless communications solutions.  But first, you need to know the cause of the problem, then discuss it with someone you can trust.  We hope that someone will be us.  To order your free copy of our Narrow Banding 101 eBook Planner, please click here.  If we can be of assistance, just give us a call at 800.489.2611. We’ll be looking forward to hearing from you!
Posted by at 8:20 PM 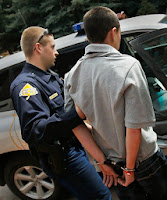 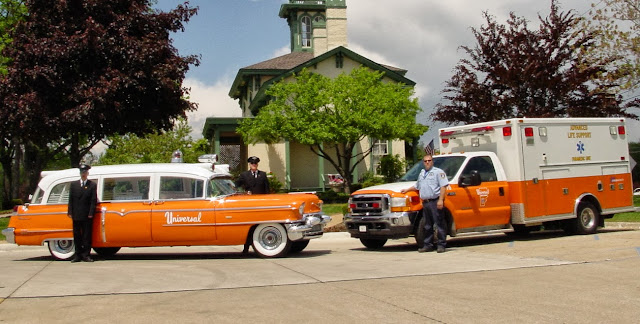 I received a call from Detroit last week.  It seems like a proposal has been made for emergency transport vehicles (ambulances to civilians) to dump the use of Detroit's multi-million dollar trunked 800 MHz system and go back to a single VHF channel at E911 for ambulance dispatching.

If you are not familiar with the radio problems in Detroit, click here.  Millions of dollars have been spent on equipment and a highly touted maintenance program called Managed Services which is often used as the justification for sole source purchasing.  Apparently, no other manufacturer is capable of performing such high level service, but that's not our story.  Our story is about common sense!

What these articles omit is the fact that not only fire and police are dispatched on the 800 MHz system, but ambulances as well.  Now, we are talking SERIOUS potential for loss of life.  Over a generation ago, Michigan, as well as most other states had a VHF radio system for ambulance/hospital communications that worked.  There is now a proposal to bring a single channel VHF system  back for primary ambulance dispatch communications!

A 2007 article that presents an overview of the generation old system is available by clicking here.  We've now been asked to assist in solving the dispatch problem in Detroit. That's what we are here for.  What's YOUR problem?  We are available 24/7 at 205.202.1269.  BTW, that 55 Caddie still looks pretty good doesn't it?
Posted by at 5:32 AM