The new Hytera PD782 is not just water or splash resistant.  This radio was designed to work where fishes live – maybe not as long, but long enough to talk, even if you are under water!  Don’t take our word for it.  Just click here for a video demonstration of this MotoTRBO compatible radio.

We want you to prove to yourself that the PD782 is the best radio you can buy at no cost or obligation.  Be sure and ask us about our unique Try Before You Buy program. We want you to prove for yourself that the PD782 will outperform, outlast, and beat the pants off MotoTRBO pricing!  If you would like to know more about the PD782, just give us a call at 800.489.2611, email us – sales@falcondirect.com, or click here.
Posted by at 5:00 AM

Our Gift To You - FREE NARROW BANDING! 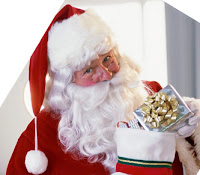 Santa Claus isn’t the only one giving away free things!  We’re doing our share as well by offering FREE NARROW BANDING for VHF and UHF radio users – Any brand, any model; we’ll reprogram it to narrow band for free!
If you have a radio, repeater, or pager that can’t be converted to narrow band, we’ll offer you the opportunity of a lifetime to purchase or lease new portable or mobile radios, base stations, repeaters, and pagers at unbelievable prices!  Your choice of BK/Relm,  HYT-Hytera, ICOM, Motorola, Midland, Ritron, or TEKK.
So is there a catch to this offer?  Not really.  There are some procedural issues that would be applicable to any program of this type.  We’ll be glad to provide complete information on request.  Just give us a call at 205.854.2611 or email FreeNB@falcondirect.com.  We’ll be looking forward to hearing from you!
Posted by at 6:22 AM 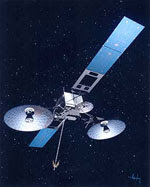 A LOT of people have been asking us about Automatic Vehicle Location (AVL) and Computer Aided Dispatch (CAD) systems.  The truth is that these services are just part of a much larger technology trend which we call wireless mobility.  In the context of this new definition, we discover that there are many applications of GPS technology which can be highly beneficial to many of those we serve.
So, we decided there was time for another “Planner”.  As you may know, we have produced a series of planners for 2-way radio communications users.  We have a list of these planners available on request (they are all free), so we thought it was logical to address the capabilities of GPS systems and networks as they primarily apply for public safety and transportation use.
As it turns out, we found that you really DON’T have to commit to long term, high cost contract services for cellular network service, and you DON’T have to spend a fortune on equipment!  We have partnered with some of the most innovative technology suppliers such as DataOverRadio, Hytera, and US Fleet Tracking to bring efficient, low cost alternatives to those we serve.  Click here for a brief but informative news story by an Oklahoma City TV station.
If you would like a copy of our GPS Planner, please drop us an email to GPS@falcondirect.com.  You are in for a very pleasant surprise!  Speaking of surprises, did you know that Google is watching over 13,000 satellites over our Earth, right now!
Click here to view a live view.  Isn’t it nice to know that you have a source for everything new in business, institutional, and public safety communications?  It’s all right HERE!
Posted by at 8:06 AM

Get ready for Fire Prevention and Safety Grants!

On December 9, 2010, The Assistance to Firefighters (AFG) Program Assistance Office issued an advance notice of the 2010 Fire Protection and Safety (FP&S) Grant program which will open soon.
FP&S grants support projects that enhance the safety of the public and firefighters from fire and related hazards. The primary goal is to target high-risk populations and reduce injury and prevent death. Funding for FP&S also includes the Firefighter Safety Research and Development Activity.
Historically, this program has been the least effective of any of the AFG programs with the majority of the projects involving coloring books and smoke detectors with many volunteer fire departments not participating.  This year, things are changing, and in our opinion, this is a good thing.
Although final guidelines have not been released at this time, a Get Ready Guide is available on line by clicking here.  We have been involved with the development and implementation of fire safety programs for a number of years and we are ready for this one (or at least, we think we are).
If you would like to work with us in developing a winning application that can be of benefit to those you serve, please contact us immediately at 205.854.2611.
Posted by at 6:12 AM

Many public safety agencies are using SouthernLINC and Nextel Push-to-Talk devices as a supplement to conventional 2-way radios.  Over time, the monthly cost associated with “network services” has grown to become a major expense.
At the same time, little or no planning has been addressed toward improving or upgrading traditional 2-way radio systems.
Many public safety users now carry at least three devices – a PTT device for administrative use, a 2-way radio for mission critical use, a cellular phone for reliable wireless phone communications and messaging plus a cellular Air Card for mobile data use.  Even though these services are expensive and often redundant, many users are simply letting things slide by rather than developing a coordinated plan for improved communications at less cost.  Now these users have an additional element to consider.
The technology used by Sprint (Nextel) is simply no longer efficient or competitive either in terms of voice or data capabilities.  This technology (technically known as iDEN) is incapable of handling high-speed data and voice communications have never been on a par with any of the traditional cellular network services.  On December 7, 2010 Sprint announced that the Nextel iDEN network would be phased out by 2013.  SouthernLINC can be expected to make a similar announcement shortly.  The bottom line is that alternatives need to be planned by public safety users and the time to do that planning is NOW!
For additional information on the Sprint/Nextel announcement, see http://radioresourcemag.com/newsArticle.cfm?news_id=6450.  For assistance in planning for alternatives, please give us a call at 205.854.2611.  We’ve got some money saving efficiency improving ideas that we are ready to share at your convenience.  Call us TODAY!
Posted by at 11:21 AM

Serving those who serve others....... 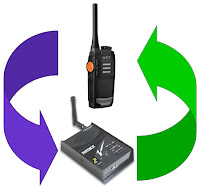 Many private and some public schools have student enrollments of less than 100 with a teaching staff of less than ten.


This makes for a good student teacher ratio, but budgets and resources are always tight.
A recent visit to one of these schools disclosed a troublesome lack of communications between administrative offices and classroom teachers.

With no intercoms or PA system, the only means of communicating involved runners (if available).  This can lead to disruptions for staff, an inability to provide a quick response, and occasional conflict between staff and parents.
An affordable and efficient solution proved to be our EZ-Call system.  In the office, a desk calculator sized wireless intercom provides instant contact with up to ten staff members, either as a group, or individually.  The cost?  Under $350!
Staff members are equipped with a tiny wireless transceiver that can be alerted from the office as necessary, either privately or as part of a group.  The lightweight (under 5 ounces) personal communicator transmits a personal ID for each user which is displayed on the office unit.  Classroom 2 appears as the number “2” on the display of the office control unit.  In an emergency, a teacher of staff member can summon assistance just by pushing a call button to silently alert the office of a distress situation.  They don’t even have to speak in an emergency situation!  The cost?  Under $150!
Unlike wired intercom systems, no installation or wiring is required.  EZ-Call is a simple Plug and Play system with minimal purchase and operating cost.  Want to see a system in operation? Just give us a call at 205.854.2611.
Posted by at 5:54 AM

It’s all because of SuperGirls!

We had the greatest response to our December eNewsletter of any eNewsletter we’ve ever done (and we've done a lot of them).  If you are not on our list or missed yesterday’s eNewsletter, click here!
When I say “we”, I should point out that our eNewsletter is a personal effort by the BlogMaster (that’s me), but the real credit should go to the frontline folks who work with, and take care of Falcon Direct customers.  These are the ones who make it happen – Candice, Joy, and Suzanne.  I thought it was time that they receive the credit they deserve.  So, the costumes are on order and should be here shortly.  From this point on, you’ll be dealing with SuperGirls!
The most read article in our December eNewsletter was the one announcing the special offer on the Hytera portable radio.  You may have noted that a special Instant Rebate is available ONLY to Falcon Direct customers.  If you are not a Falcon Direct customer, you can become one with the purchase of your first 2-way radio (or any other product offered).
We didn’t want you to think that the Hytera PD782 was the only portable we offer.  To the contrary, we have prepared a condensed catalog of our top five HYT-Hytera products with pricing starting at under $150!  Better yet, we are offering Instant Rebates, quantity discounts, and a trade-in program on these other products along with our satisfaction guarantee!
Additional information on HYT-Hytera products is available at www.info4u.us/SuperGirl_Specials.pdf.  Check it out.  You are in for a very pleasant surprise.  Or, if you would just like a quick pricing guide, go to www.info4u.us/sgs.pdf.
Posted by at 6:23 AM