The 2010 Assistance to Firefighters (AFG) program for 2010 closed today. We were privileged to assist a number of departments with budgetary information on the newest in wireless products and look forward to being of service to those who are successful in obtaining grants for this calendar year.
FEMA advises that action will be taken on all applications received by the end of this year. As many of our readers know, 2009 applications are still being processed with approvals being announced each Friday (along with turn downs). To those that are turned down, we encourage you to go to http://firegrantsupport.com/content/html/program/turndown.aspx to request a detailed explanation of why your application may not have been approved. This will hopefully keep you from making the same mistake twice!
If you are one of the fortunate ones receiving a grant from the 2009 program, you may be interested to know that (a) you MUST get competitive bids on equipment to be purchased, or (b) you DON'T have to get competitive bids! Does that sound a little confusing? The fact is that both statements are true. Want to know how that is? Go to www.info4u.us/YesNo.pdf for the answer.
Have a safe and happy Memorial Holiday!
Image courtesy of http://hubpages.com
Posted by at 4:29 PM

A recent Urgent Communications on-line article relating to enhanced features for interoperable communications is worthy of comment. If you missed the article, you can check it out by clicking here.

In essence, this article references Motorola’s development of an advanced Bluetooth option for the highly touted APX 7000 multi band radio. The comments of Thomas Quirk, director of solutions marketing, leave this reader questioning the basis of his logic. In describing a soon to be available “Mission Critical” Bluetooth option, presumably known as an enterprise digital assistant, Mr. Quirk stated that these devices would allow a police officer to scan fingerprint information over the agency’s LMR network if the cellular data network went down. Mr. Quirke added that any data transfers that occur after the devices have been paired will happen in about 15 milliseconds, which will be imperceptible to the user. That sounds just wonderful, but…..

The idea of using overpriced back-to-back double stacked radios as a multi-band interoperable solution is a flawed concept from the beginning that simply becomes more impractical with the addition of a proprietary (bound to be expensive) alternative to cellular data networks. The fact is that APX 7000 is not an advancement in technology. It is a very poor substitute for a real Software Defined Radio (SDR) such as those available from Harris, Thales, and others. In reality, the APX 7000 is a bridge to 800 MHz Astro 25 systems for VHF users, and presumably UHF users at a later date at a horrific price, reported to be in the four to six thousand dollar per radio range depending on where it is purchased and from whom.

Rather than making the Astro 25 systems compatible with standard P25 trunking systems which use radios costing less than half the cost of a Astro 25 radio, Motorola has chosen to offer an inefficient alternative and then load it up with useless options like a proprietary Bluetooth system.

The fact is that in every area served by Astro 25 systems, there are multiple network data providers offering technologies and redundancy far beyond the capabilities of private trunked 800 MHz systems. To suggest using a VHF or UHF narrow band radio for efficient transmission of high speed pictorial data is absolutely absurd!

Mr. Quirk states that “any data transfers that occur after the devices have been paired will happen in about 15 milliseconds, which will be imperceptible to the user”. That may be true for the connection time, but data being transferred at 9600 or even 19,200 bps is simply unacceptable unless we want to dumb down our technology to 1980’s standards.

The bottom line is that the APX 7000 is a solution to a problem that should not exist, available at a ridiculous price, and soon to be available with a totally antiquated data transfer option. As one commenter noted on one of the User Forums, “The radio cost too much but as long as the taxpayer is buying them I will use it off and on”

I, for one, am one of those “taxpayers” and I am sick and tired of funding “technology” that solves no problems or makes my country safer. The only benefit I can see is producing profits for a company that can’t make it in the cellular industry who mostly manufacturers overseas. Click here for additional information.

The unfortunate truth is that the APX 7000 was designed and produced for a single customer – recipients of US federal grant dollars. No commercial, export, or even military buyer would seriously consider such a product when better, less expensive products and services are readily available. That means prices will stay high because of high production costs coupled with limited distribution and US taxpayer again takes it on the chin.

Summing it all up – I am not impressed, either with the APX 7000 or the new proprietary “Mission Critical” Bluetooth option. Shame on you Motorola – you can do better! 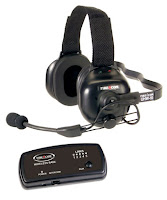 Fire department users have long known that operating sirens and pumps can lead to hearing loss as well as compliance issues with NFPA and OSHA. Vehicle intercoms with protective headsets have provided a solution but these systems are primarily designed for larger departments. Rural fire departments also frequently also have problems with portable talk-back range. Vehicle repeaters, although somewhat expensive, are sometimes used as a solution.
Now there is a single low cost alternative! It's called a Vehicle Command System or just VCS for short. A VCS system connects directly to your vehicle radio to provide extended communications of up to 1100 feet from the vehicle WITH NO PORTABLE RADIO REQUIRED! A single NFPA and OSHA compliant headset provides direct wireless digital communications through your existing mobile radio to provide personal communications with the power of a mobile! No FCC licensing is required and the VCS is affordable!
If you already have a Firecom vehicle intercom system, you can add the VCS for just $795. You can do the installation yourself with no technician required! If you don't have a vehicle intercom system, you can get a vehicle interface, headset, and controller for just $1,095 complete! Additional information is available at www.info4u.us/VCS.pdf.
If you are still working on your 2010 AFG application, you may want to include the VHS as an accessory to your mobiles. It is classed as a communications device, and it definitely is safety related! By the way, if you would like budgetary pricing for other available products qualifying for AFG funding, please see www.info4u.us/afg2010gp.pdf. You'll be glad you did!
Posted by at 8:07 AM

Quote of the day 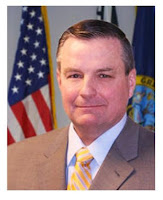 As Col. G. Jerry Russell, director of the Idaho State Police, recently put it, “Technology without coordination results in inoperability.” There is a LOT of wisdom in this statement. As the Assistance to Firefighters Grant (AFG) grant program application period nears the closing date (May 28, 2010), we are receiving numerous requests for pricing. Most of these requests are for pricing on radios, with absolutely no thought as to how new radios interact with the overall task of enhancing safety for those served and for those providing the services.

We encourage our friends in public safety to read a very interesting article on the goals of interoperability and where we are with making our country safe. Suffice it to say that there is a lot of work to be done. Click here for the full article. The bad news is that we have spent a lot of money with little progress in improving our ability to communicate more efficiently. It doesn't have to be that way!

We can help you develop a plan that meets both your immediate and long term goals. We can help you find and get the funding you need. We can help you provide improved safety for your community as well as those involved in providing services to the public. A brief overview of what we do and an example of how we do it is available by clicking here.

The Falcon Team - At your service! 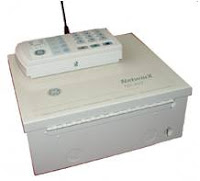 Vodaeo Reporter is a brand new product from Falcon Direct especially designed for use by municipal, educational, and church users as well as for wireless surveillance by law enforcement agencies. It can also be used by merchants who are at high risk of assault and robbery to provide a rapid notification system in times of emergency.

The Vodaeo Reporter is designed, built, and serviced, in the USA, incorporating the latest technology advancements to our original Companion and CrookCatcher systems. Click here for more information on this incredible new product. You'll be glad you did!
Posted by at 5:58 PM

We recently received a request to bid on non-P25 compliant communications equipment by a fire department that had received an Assistance to Firefighter Grant (AFG) award. Apparently, the department had been assisted by a representative of a local economic development agency. While we commend the efforts of such agencies, we are obligated to note that in many instances they are not properly informed on the conditions of FEMA Fire Grants.

If you have been awarded funding as a result of an application under the 2009 AFG program, you should know that no third party is responsible for your requirement to meet the applicable guidelines. Before you take the advice of any third party, you should insist that the individual providing such information (a) has the authority to give such information, (b) they can provide written documentation certifying the advice given, or (c) they guarantee assumption, in writing, of your liability if they are wrong. Better yet, contact a FEMA representative and request a written confirmation of any advice given.

In the meantime, it is important for you to know that your submission of a grant application certifies that you are in compliance with the published guidance relating to the applicable grant period. Ignorance, opinions of others, or self will don't count for anything! An excerpt from the 2009 Guidance is available at www.info4u.us/Safecom-2009.pdf. Do yourself a favor and review this information before purchasing communications equipment using 2009 AFG funds.

The spending of 2009 award money for non-P25 equipment could place the applicant at risk to lose or return FEMA funding, not to mention potential additional penalties. If you would like to review some of the alternatives available in P25 technology, drop us an email to AFG2010@falcondirect.com or give us a call at 205.854.2611. Our job is helping you make the RIGHT decision!