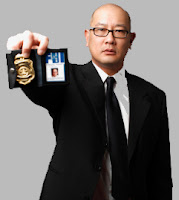 We never cease to be amazed, not only at the lack of knowledge of FCC rules, but the opinions of "experts" that are clearly in contradiction to the rules.  Worse yet, many of those who express their comments in print knowingly admit that they violate FCC Rules because they think the FCC is a toothless tiger. I sometimes wonder how they will react when the guys in the black Fords show up.  Some of the incredible comments posted on these forums are available by clicking here.

Contrary to popular opinion (including my own until recently), the available MURS radios approved for sale by the FCC is VERY limited.  The problem is that many suppliers (in particular those in China and  many dealers selling products such as the Puxing  Model PX-777 "assume" that a Part 90 commercial grade radio approved for business and public safety use is acceptable for MURS use - NOT SO!

Commercial and public safety grade radios are built and approved by the FCC under Part 90 of the FCC Rules and Regulations.  MURS specifications are different, generally favoring the production of a low cost consumer radios such as those available from Dakota Alert.  MURS radios are approved only for Part 95, Subpart J of the FCC Rules. A Part 90 approved radio is NOT approved for Part 95 any more than a Part 95 radio is approved for Part 90.  The radio used must be Type Accepted for the service in which it is used.  And, for what it's worth, a MURS radio can NOT be used on anything but MURS channels as per the following direct quote from the FCC with the exception of radios approved for both Part 90 and 95.

I am not trying to teach a course in communications law, but I think it is important to point out that there is a LOT of misinformation on the Internet and the ultimate responsibility for FCC compliance lies with the USER!

Having said that, I think it also important to know the intended use of the radios.  If it is for personal use, you have very limited, but affordable alternatives in MURS. To my knowledge, NONE of the commercial radio manufacturers (HYT, ICOM, Kenwood, Midland, or Vertex) with the exception of Motorola and Ritron produce MURS radios.  While the USE of the radio does not require a license, the use of the radio DOES require the use of an FCC Part 95 Type Accepted product.  If in doubt, ask the supplier to send you a copy of the FCC Part 95 Type Acceptance Certificate.  If they don't send a copy of the official FCC certification, you can assume that they do not have Type Acceptance when they don't provide the requested documentation.

And, just in case you feel that MURS is best for your individual needs, we invite you to visit our special MURS web site at www.mursradios.com for the best values in personal communications.
Posted by at 7:57 PM