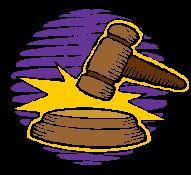 Although not generally known, the Federal Communications Commission (FCC) is a regulatory agency.  While it is true that the FCC writes rules and policies (subject to Congressional approval), the fundamental task of the FCC is to administer and ENFORCE the rules for the proper operation of communications devices and networks, both wired and wireless.

Unfortunately, as a result of numerous contributing factors (notably, budget, priorities, and staffing) many feel that this agency is a toothless tiger.  Go to most any CB shop and you can easily purchase a CB “kicker” of up to 1000 watts.  These illegal amplifiers can destroy legitimate CB communications for legal users as well as endangering the health of the user and those around them.

We know about those who sell unlicensed GMRS radios to hospital emergency room personnel without regard for FCC licensing or the prohibition of business use on GMRS frequencies.  Go to any GMRS web forum and you will find that the majority don’t know that an FCC license is required or even care.  Most users don’t know the bandwidth or power limitations on MURS frequencies.  Even fewer know that equipment capable of producing radio frequency energy must be tested and approved by the FCC.  In some cases, the applicable term is certification, while in the case of most 2-way radio communications devices, the term is known as type acceptance AND certification.

Hardly a day goes by that that we don’t see a dual band (VHF/UHF) radio authorized only for amateur use in the hands of public safety users who have been provided with simple modification instructions to allow the illegal use of these radios for public safety use.
We have received several solicitations from a Chinese manufacturer desiring to sell their products in the USA to companies like ours at heavily discounted prices.  We probably don’t have to tell you that the products are NOT type accepted.  The same situation applies for U.S. products built for export use (Think Motorola GP68 for example).

While we acknowledge than leniency translates to privilege in the minds of many, we also know that justice works only when swiftly and fairly applied with punitive action of sufficient force to discourage all but the most dedicated law breakers.  That is why the crime rate in Singapore is MUCH lower than in the United States.

Having said all this, we think it might be noteworthy to comment on current FCC enforcement policies as they relate to wireless communications.  The rules call for fines, forfeiture, and even imprisonment for violators but the most common is significant fines which can be as much as eight thousand dollars a day!  Here is a partial excerpt from FCC Policy Statement 91-217 which defines violation fines for land mobile users.

If you are in potential violation of one or more of these rules, you probably don’t have anything to worry about UNTIL the guys in the black Fords show up.  By the way, telling the guy with the badge that your dealer or the nice lady in China said it was OK to violate FCC Rules does not transfer the responsibility.  It’s YOURS!

We think it behooves you to know the rules, and to take the necessary action to be sure that you are in compliance.  If you have questions, call Falcon Direct at 800.489.2611.  For additional information on the FCC available from Falcon Direct, go to the Search Box directly underneaththe date at the upper left hand section of this page, and type in the word FCC for a list of topics.
Posted by at 7:07 PM